DMF Lighting offers a number of luminaires, such as the DRDH/DRD2M/DRD2T, that are UL 1598 Standard for Safety – Luminaires tested and marked “Suitable for Wet Location”. The DRD2M module must be installed with a DRD2T trim with our signature Twist & Lock feature to qualify for the wet location designation.

Up to the Test

The UL 1598 Standard specifies three wet location tests that can be applied to a luminaire depending on its usage and mounting location: rain, sprinkler or immersion. A given luminaire can be subject to one or more tests to determine if it can be classified as wet location. All the tests attempt to simulate what the luminaire is likely to undergo in the environment it is intended to be used. 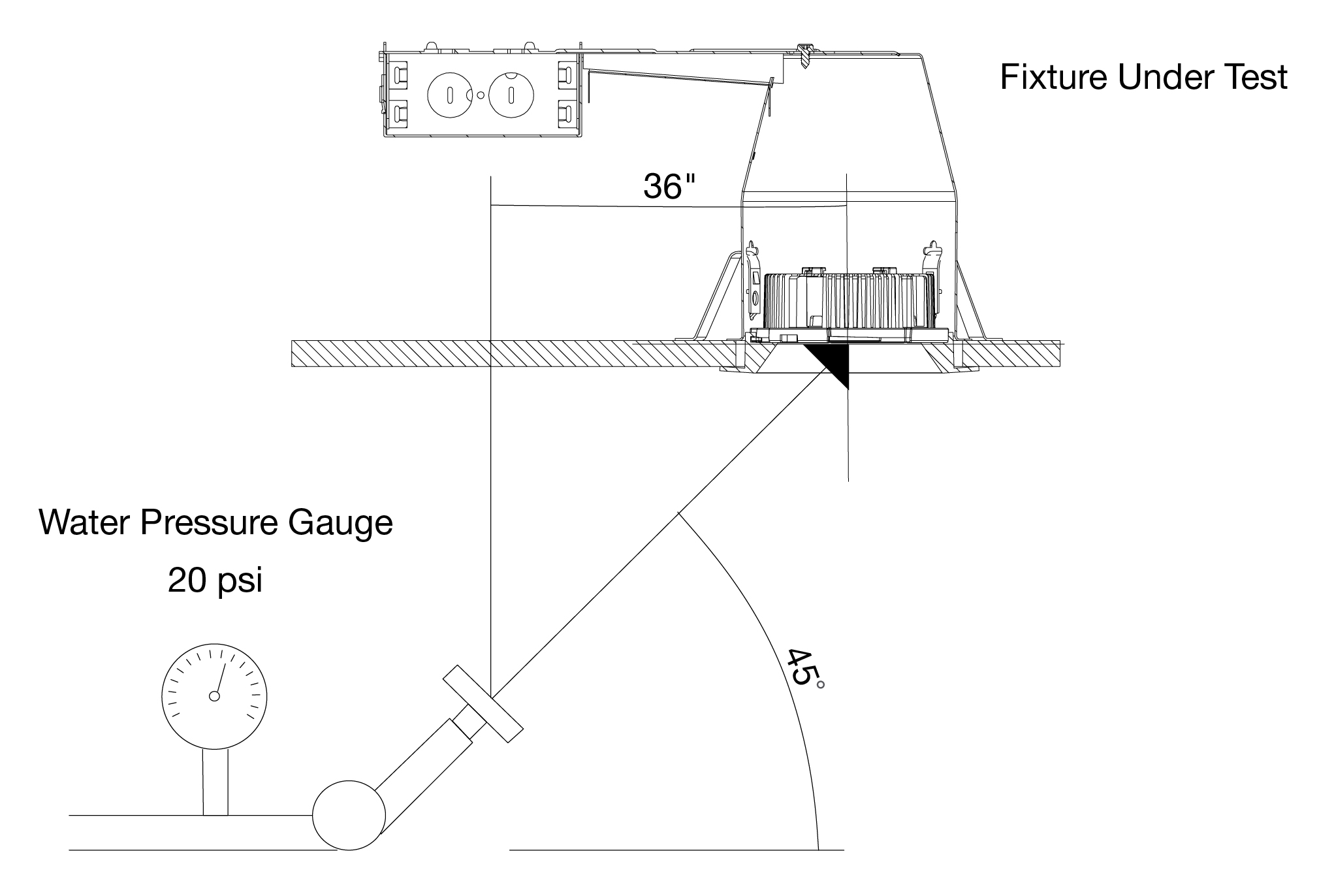 The test is performed over four hours and is sequenced as follows:

After the test is complete, the luminaire is subjected to a dielectric voltage withstand test and fully inspected to make sure that no water intrusion occurred that could cause a hazard or the luminaire to malfunction.